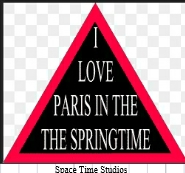 The Shell Game
1
The now very well known psychological experiment, based on the shell game, demonstrates clearly how a person can become almost completely blind to what is happening in the background but in plain sight, if all attention is paid to the game.
Before reading further, can I ask you to have a quick look at a couple of short video clips accessed via the following links; just to remind yourself of this phenomena?
Video Link No. 1
Video Link No. 2

This insight can be used by anyone to great effect, for whatever reason they may choose.
For example.
It is sometimes used in religious teaching to illustrate the way that attention is continually focussed on the physical domain, resulting in blindness to even the possibility of their being a spiritual domain, hence resulting in a one-eyed view of reality.
Or.
By fraudsters in the well known three cup and pea shell game for taking your money both over the table top and also ‘picking your pockets’ by assistants.
Or.
Most ubiquitously in the political domain. Many of the brightest brains coming from the University Psychology courses are paid to provide insight into how to use unintentional blindness to cover activities and policies that a normally attentive and intellect capable person would reject.
When coupled with emotional triggers – fear is the classic candidate – it can result in mass hysteria without the hysterics realising what is going on. In other words, putting people to sleep.
Now sleep walking through life is not the most profitable way of taking advantage of this one shot at growth that physical life offers us.
And so.
Ask yourself, what is the shell game being played out in the Western World over the last couple of years?
Then ask yourself who is playing it and why?
1
As in all ‘political’ questions, it usually turns out to help understanding, by ‘following the money’.
And where at the moment has the money gone to and from whom has it been appropriated?
1
If we remember the dictum ‘energy is the economy’ the more you pump in, the more growth you get, and the more scarce it gets, the greater the contraction.
Then the wolves have to work harder to get what they think is their right – at the expense of the sheep. And get it while they still can.
1
Read the linked article by Gail Tverberg and see if anything resonates for you.

We are now in a situation where cheap to get (and afford) energy has gone and holding up the current political economic system on debt has begun to run out of steam.
1
The poorer you get, the less ‘freedom’ you have and of course more coercion capacity needs to be put in place to keep you in line. Keeping you isolated is an obvious strategy along those lines and keeping the exchange of different ideas suppressed is absolutely paramount.
1
Perhaps Afghanistan might be seen in a somewhat different prophetic light?
1