The Fog of Pandemic War 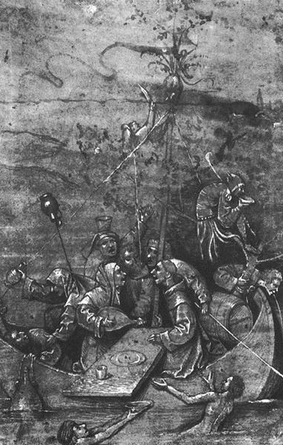 Shock Shock Shock
1
Feeling confused?
Feeling insecure?
Feeling fear?
1
Then: Don’t worry be happy, it is only the fog of war.
1
What war are you talking about?
1
Well, the war within one of course.
1
The war between:
• The objective life and the subjective life.
• The war between the free man and the slave.
• The war between the inner and outer you.
Perhaps not too easy to engage with if one has not been educated for life, as well as the ubiquitous training for work.
1
It seems a bit like being conscripted and thrown into the front lines as cannon fodder unprepared.
Not usually the way it is done in a well organised society which has been prepared in the skills necessary to operate and survive, well before the first shot is fired.
1
What a paradox though.
1
Prepare for war during the peace. – Almost guarantees there will be a war doesn’t it!
1
Well unfortunately there is one going on continually.
The war between good and evil and what makes it so devastating is that it is going on to some degree inside every human being without exception. And the only way to try and inoculate yourself from the worst of it – is to get to know yourself as deeply and thoroughly as you possibly can. Not a recipe for salvation that appeals to many these days it seems.
But there you go, a recipe that has been inscribed in stone at Delphi for thousands of years;
“Know thyself,” “Nothing too much” and “Make a pledge and destruction is near.”
1
Know thyself: what is that supposed to mean? – I know who I am.
1
The outer man will usually have a bunch of criteria that is used to ‘describe’ who he is; in the West it often starts with – What work you do.
The inner man is another matter, even though we know we have an inner aspect, as one cannot deny their own self awareness. – Consciousness, thought, emotions, instincts, etc.
But what else is there hidden in the depths?
Well psychology is a branch of the humanities (liberal arts) that is supposed to help us. That is if it is not used simply as a tool for fixing problems. Not that fixing problems is not a good thing – very helpful for the outer man.
1
Religion is the other traditional carrier and transmission (transmitter) of insights of the inner terrain. For Western Christianity the transmitter started to lose its power source after the Reformation as it couldn’t or wouldn’t update its foundation story in words and images that could be understood for growing numbers of peoples, until today it is virtually almost extinct. And as a result has left the field open for – nothing.
1
What does one do when one wants to explore the inner life, but guides are few and far between?
Well the first thing is to understand that ‘time out’ from the work a day world cacophony will be required.
And by that “time out”, one means from the state of mind that is now dominated by total work; to be able to pursue with vigour a way of seeing life differently through engagement with areas like:
• Art
• Philosophy/poetry
• Beauty – particularly in the other and the environment
• Love in all its forms
• Death and dying.
Once this has been ‘tasted’ then the search can begin in earnest to find people who are holders of wisdom (‘Keepers of the Knowledge of Life’) to help you plumb the Mystery. Your search criteria will now have been usefully expanded.
1
The sharks and criminals will do everything in their power to keep you solely in the outer man, even unto death and so be careful.
1
Life, the search for real life is not an easy path without danger and pain, but remember, the goal is to become a whole human being, not a dead robot, a pawn in the greed infused thirst for THINGS.
{ 0 comments… add one }