And here we go again 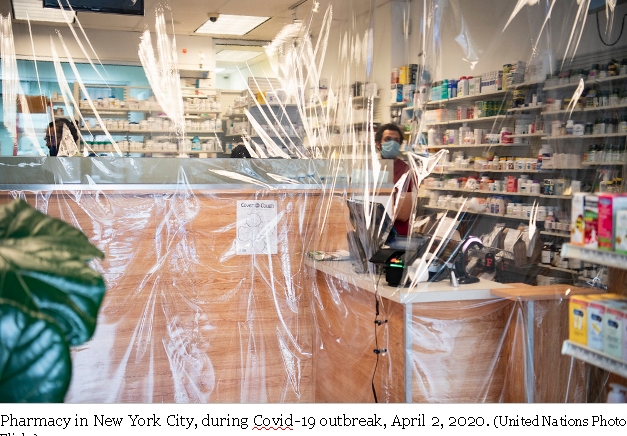 Good Friday 2020
1
Sitting in bed this morning drinking a cup of tea, I found my thoughts drifting back to parents, grandparents and great grandparents. What tumultuous times they lived through. The culmination of two millennia of Christian ideals, smashed asunder on a world scale. The hopes of countless generations of people, so fundamentally disappointed during the 20th century and continuing on into this one. What has happened to come to this?
1
What a fatal shock it has been.
• Barbaric world wars with the deaths of how many tens of millions not known.
• World wide pandemics killing countless millions more.
• Wealth distortions grown to such a level that a handful of people have more than billions of other peoples.
• The technological research causing significant evil as well as marvellous good.
• The battle for supremacy between different wealth ideologies of the few.
• Etc
1
And what will that fatal shock in our present now produce?
A more coercive fall in the same direction?
• More fragmentation within societies
• More paralysis in not knowing what to do.
• More fundamentalist thinking with growing battle between opposites.
• Growing loss of the ability to think deeply.
• Survival of the fittest.
• Culling of the herd.
• Expanding levels of mental illness.
1
And no idea of what is wrong inside.
OR
Will the present way get fundamentally changed?
1
One must hope. Humankind is going back toward greater herd like characteristics and the herd does not want things to change, but go on in the same way forever. (And forever is a myth.)
Well, as long as your herd is living the ‘good life’ there is not a great enough shattering of the glass bubble.
1
Let us hope that more time, more pain will not need to come yet.
More crosses, and waves of psychological/spiritual dislocation and distortion.
1
During the ‘Battle of Briton’ they had communal solidarity, physical camaraderie, all hands to the pump and by the skin of their teeth they managed to get through it.
1
The current strategy of ‘flattening the BUG’s curve’ resulting in an extended period of ‘solitary confinement’ until a sufficient number of the herd have been exposed and developed antibodies (to what in the end) is likely to be ‘a bridge too far’ if creative political strategies are not developed to relieve the pressure points that will develop.
1
The road ahead may turn out to be a year of Good Fridays.
1
Have a read of the linked article and see if your current experience, courtesy of the BUG, gives you any empathy for what the author’s experience has been.
Link to read article
{ 0 comments… add one }