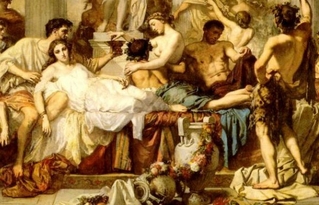 What are the Energising Visions in the World

What are the energising visions for young people available in the World to engage and excite them?

Can you feel their buzz of anticipation, at the prospect of their worth as individuals, making a noticeable contribution to the collective WORTH?

Their impatience with the delay imposed by the need to spend time getting an education for life, as well as enhancement of the particular skills they have been endowed with since birth, can sometimes be felt as focused excitement.

Admittedly it varies somewhat depending on which part of the World one finds oneself at any given time. It is interesting to observe this through filters, the choice of which perhaps depends on which wisdom tradition the observer has some acquaintance with. For example, the Christian Way might choose compassion and justice, but Confucian, Buddhist, Hindu, Muslim, Jewish etc. have filters of their own, aligned with the particular culture in which they are in process of expressing.

It is interesting how the general Scientific Way seems to differ quite markedly from the preceding examples. When using its preferred filters (economic, radical individualism, philosophical and consumer materialism etc), the Eurocentric World in particular stands out in this traveller’s experience as significantly different to the masses of the Global South.

Asian young people for example seem to exhibit a respectful vibrancy which is most enticing, while the Eurocentric cultural centres of the Global North appear to have a somewhat bifurcated split. Perhaps as much as 40/60, highly educated-mobile / less well educated- under employed – wasting in despair.

Since the end of WW11, the West has had a growing neo-liberal vision of wealth without the need for any moral code, supposedly leading to nirvana. This was very attractive for the first 20 years while growth was driven by war reconstruction, but after the early seventies, various modes of debt have been used to keep things going. Until 2007/2008 and the Global Financial Crisis. Instead of fixing its financial boat the West stopped bailing and let the debt waters rush in as if it were the Titanic sinking.
No real growth anymore and a managed simultaneous debt deflation by Western Central Banks has been trying to keep that fact from popular view. This of course has been accompanied by 0-1% interest rates which carry with them a massive political time bomb a bit further down the track when people find that there are no superannuation contracts that are going to be honoured. At 1% interest, you have to amass a huge capital pile to generate a living cash flow. Kindergarten numbers tells you how that is going to end up.

The problem here though is that the Vision that all political groups/parties/etc have hitched their wagons to has now failed, with no chance of coming back in its present form, and young people in the West know it. – They also know that without a dramatic change, the drift to the use of suppressive violence will most likely increase, and they know who are going to cop the burden of most of that!

Just as with the world’s physical resources, so with its young human creative potential. You can’t keep using them up forever without consequences. The more that technology is pressed into a rapacious end, the increasingly bumpy becomes the ride. Nature will have its way.

We will know the situation is dire (and probably irretrievable) when climatic Geo-engineering starts in open view. The same thing goes for the young. Make it progressively harder to generate the social conditions needed for sufficient reproduction and you shorten the life span of this particular culture/system/civilisation.

The one absolute certainty beside death is that creation will easily dispose of us if we do not wake up.

There is that Vision problem again.

At least the Asians are trying to put something new together in the rational domain, called OBOR. In this traveller’s opinion it has its serious deficiencies integrating with their spiritual domain, but does seem to be giving their young people a lot of energy at the moment.

What do we have at the moment but more of the failing same, both rationally and spiritually.

And a rapidly unravelling Western World Order to boot!